The beginning of the organized sports life in Dunaszerdahely can be defined as the year 1904, when the representative body of the city designated an area of about two acres for sports on the site of today's North I. housing estate, where it set up gym equipment.

Only four years later, to form the football association, 1908the chief justice of the city took place in Ferenc Vermes chaired by. The club took the name of the Dunaszerdahelyi Sport Association (DSE) for the inaugural meeting 1909. took place on 22 May in the council chamber of the town hall.

A few months later, the DSE had already applied to the city council to hand over the area designated in 1904 for football purposes, but his request was denied. The club got off to a hard start, though 1909 and 1914 between his activities in tennis, chess and football, but the First World War and the Trianon decision made sport impossible. A DSE 1919they revived their activities in, they only took part in friendly matches. 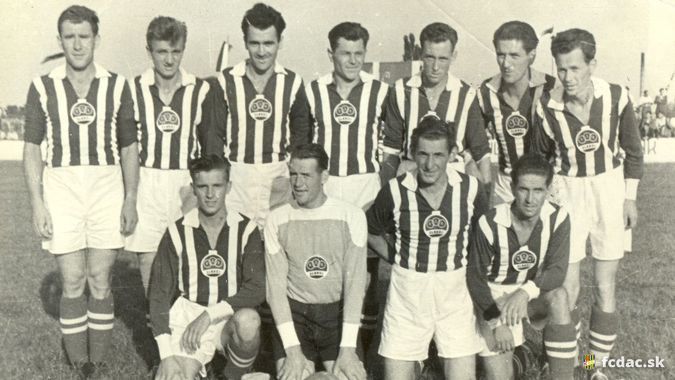