1987 and 1993 between four KEK (European Cup Winners' Cup) and six EUFA Cup we played a match between them 1988in the memorable Bayern Munich duel. In addition, the DAC was a regular in the summer Intertotó Cup, 1991in his group also won. 1993in and 1995We also made it to the finals of the Slovak Cup in. 1985 and 1998 we spent 13 seasons at the forefront, 1993until the Czechoslovak federal, then the independent Slovak league.

1999We again won the II. league, this time Vladimir Rusnak with coach. A year later, the tournament was reorganized and the DAC was eliminated, 2007to the second line, 2007/08in the third.

2008 In May, a new owner took over the club and returned to the forefront called the Corgoň League through a merger with FC in Senec, while in the III. The league that won the league, called Team B, started in the second line - for the first time in the club’s history, we were represented in the two highest leagues. After four seasons, our team was eliminated from the Corgoň league in 2012, but at the end of the following season, it once again celebrated the championship title in the II. league. THE 2013/14During the winter break of the high season, there was another change in the identity of the owner, 80 percent of the club's shares Secular Oscar in his hands. 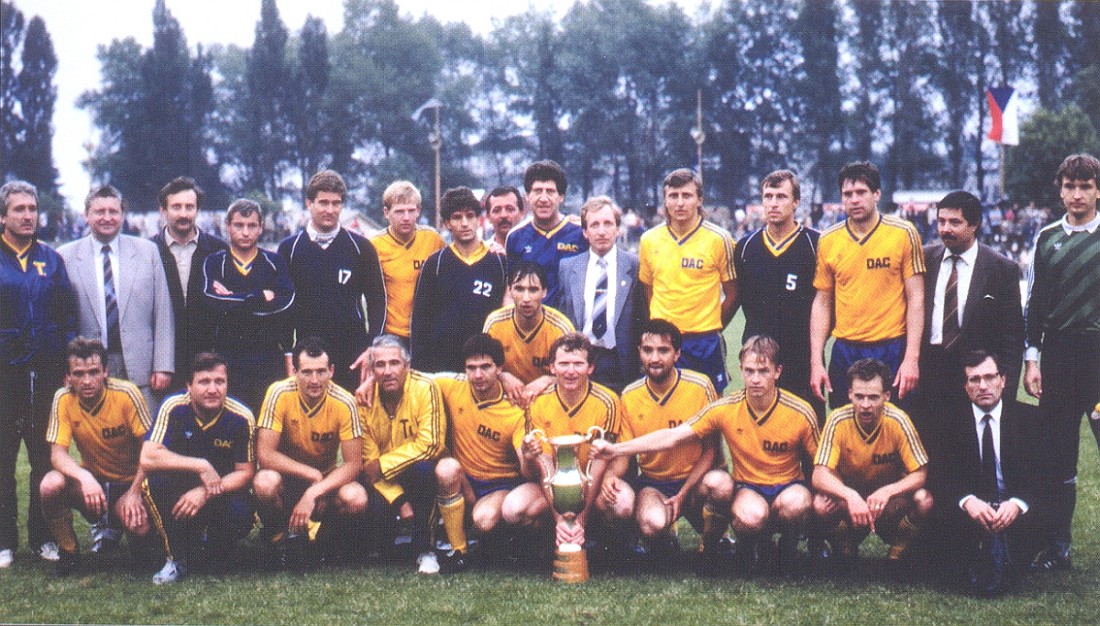 1987 The Slovak and Czechoslovak Cup winning teams are entered in the club's chronicle with a gold letter.